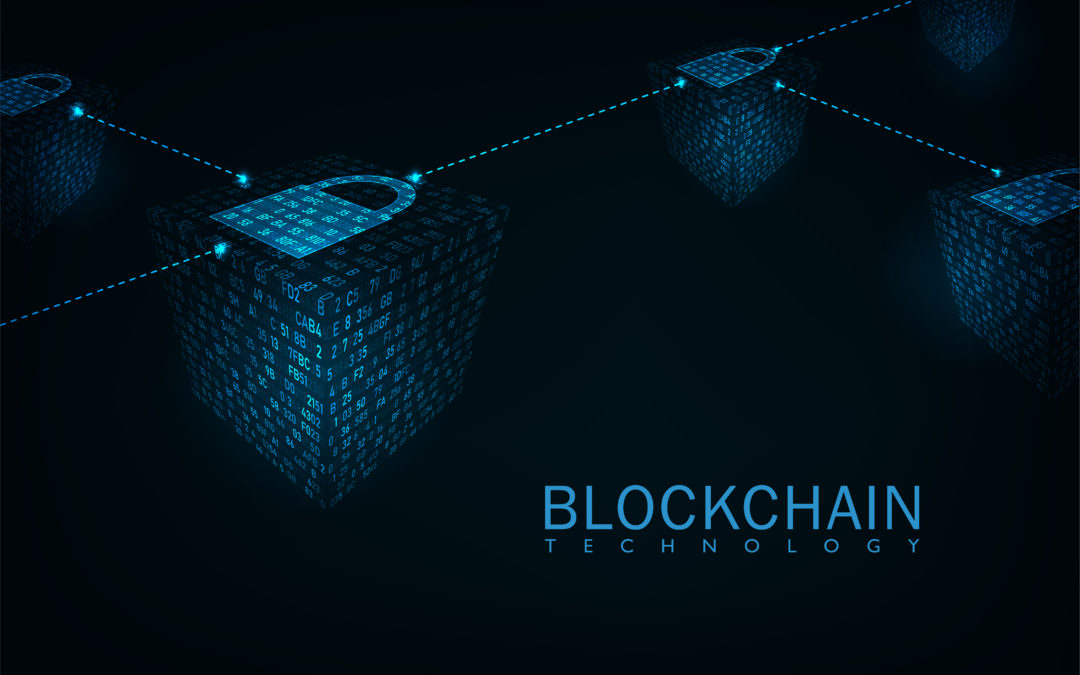 Blockchain technology may be new, but the innovative practical applications of these tools are predicted to burgeon the markets to somewhere between $20 billion and $176 billion by 2025. Why the huge gap between these two financial forecasts? Blockchain is an application that hasn’t been commercialized consistently — but it will be. One of the best applications that we’ve seen for the technology is for cybersecurity, where blockchain is expected to be transformative. What is the potential for blockchain to protect the crucial data housed within your business?

Make no mistake — the next generation of security will embrace blockchain. Blockchain is distributed computing; instead of uploading data to a server or the cloud, the technology creates an indelible record across a network of computers. CSO says that blockchain is “a digital ledger of transactions that lacks a central control point. Each computer, or node, has a complete copy of the ledger, so one or two nodes going down will not result in any data loss.”

What makes blockchain so interesting from the perspective of computer security experts is that this form of democratic computing requires simultaneous validation of a record. If all the nodes in the network don’t agree that the transaction is valid, the record will not form an encrypted block in the chain. It is precisely this complexity that makes the transaction virtually impossible to hack — at least so far. Blockchain can be public or private in a decentralized peer-to-peer network, but there are drawbacks, including the fact that smaller distributed networks are more vulnerable to potential attack. Although there is a lot of publicity regarding blockchain technology, it isn’t quite ready for prime time. How do we anticipate that blockchain will change the tools we use to keep hackers out of our critical data?

2019 continues to present new challenges for security leaders, with estimates suggesting that even more companies will fall victim to cyberterrorists; 75% of CEOs and board members say cybersecurity is a top priority this year and looking ahead. One of the technologies bad actors are seeking to leverage is blockchain.

On the flip side, security engineers have applied blockchain to provide some strong use cases for defense, including:

1. Preventing hacks on automated systems, including updates that can inadvertently include malware.
2. Decentralizing data storage means that there is no single point of penetration for a hacker to breach.
3. IoT security is an oxymoron; many hardware developers are lagging behind hackers, who use these remotely connected devices as the launching point for cyberattacks. Blockchain will help us better manage the estimated 30 billion internet of things (IoT) applications online by next year by strengthening these vulnerabilities.
4. Biometrics and identity management will improve, shoring up weak passwords and replacing them with biometric data, private keys, and multi-step authentication.

While these are just four use cases for blockchain, cybersecurity experts believe this isn’t just hype; the market for blockchain- enabled products is expected to hit $60.7 billion by 2024.

What’s next for blockchain digital security?

Cybersecurity is a moving target because criminals continue to seek ingenious new ways to target critical and sensitive data. Our reliance on the internet has created new vulnerabilities that hackers can use. Blockchain is the latest in the disruptive innovations fueling cybersecurity efforts by companies seeking to stay one step ahead of cyberterrorists. With more than 4,000 cyberattacks launched each day since 2016, blockchain is our next great hope for creating a more impenetrable wall between corporate transactions and the hackers who want to steal our data.

To reduce your risk, consider a confidential conversation with the experts at SecureNation. We can assess, mitigate, and
prepare your corporate infrastructure for the cybersecurity challenges that lie ahead. Contact us today.